Webinar: Getting Scientific Software Installed: From EasyBuild to EESSI

Webinar: Getting Scientific Software Installed: From EasyBuild to EESSI

Summary: Over a decade ago, EasyBuild was created at Ghent University to help deal with the burden of getting scientific software installed on HPC infrastructure in an efficient way, with attention to the performance of the resulting software installations.

Shortly after making EasyBuild available to the world as open source software, a helpful community started growing around it who drives and actively participates in the development of EasyBuild. EasyBuild has grown significantly over time, in terms of features and supported software, as well as the community itself.

Due to recent trends in the HPC community (increasing diversity in hardware, rise of the cloud, explosive growth of scientific software from various domains), the need for taking the next step became clear. As a result, the European Environment for Scientific Software Applications (EESSI) project was started in 2020. The main goal of EESSI is to provide a shared central stack of (optimized) scientific software installations which can easily be leveraged on a variety of platforms, including personal workstations, cloud environments, and HPC infrastructure. 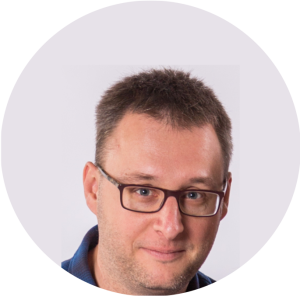 Kenneth Hoste is a computer scientist and FOSS enthusiast from Belgium. He holds a Masters (2005) and PhD (2010) in Computer Science from Ghent University. His dissertation topic was “Analysis, Estimation and Optimization of Computer System Performance Using Machine Learning”. Since October 2010, he has been a member of the HPC team at Ghent University where he is mainly responsible for user support & training. As a part of his job, he is also the lead developer and release manager of EasyBuild, a software build and installation framework for (scientific) software on High Performance Computing (HPC) systems. In his free time, he is a family guy and a fan of loud music, frequently attending gigs and festivals. He enjoys helping people & sharing his expertise, and likes joking around. He has a weak spot for stickers. 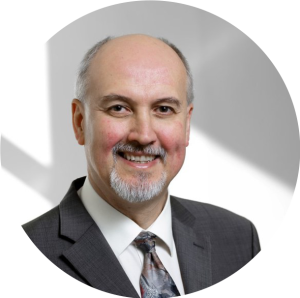 Bernd Mohr started to design and develop tools for performance analysis of parallel programs already with his diploma thesis (1987) at the University of Erlangen in Germany, and continued this in his Ph.D. work (1987 to 1992).  During a three year postdoc position at the University of Oregon, he designed and implemented the original TAU performance analysis framework. Since 1996 he has been a senior scientist at Forschungszentrum Juelich. Since 2000, he has been the team leader of the group ”Programming Environments and Performance Analysis”. Besides being responsible for user support and training in regard to performance tools at the Juelich Supercomputing Centre (JSC), he is leading the Scalasca performance tools efforts in collaboration with Prof.  Felix Wolf of TU Darmstadt. Since 2007, he has also served as deputy head for the JSC division ”Application support”. He was an active member in the International Exascale Software Project (IESP/BDEC) and work package leader in the European (EESI2) and Juelich (EIC, ECL) Exascale efforts.  For the SC and ISC Conference series, he served on the Steering Committee.  He is the author of several dozen conference and journal articles about performance analysis and tuning of parallel programs.