Pégaso, the most powerful supercomputer in Latin America 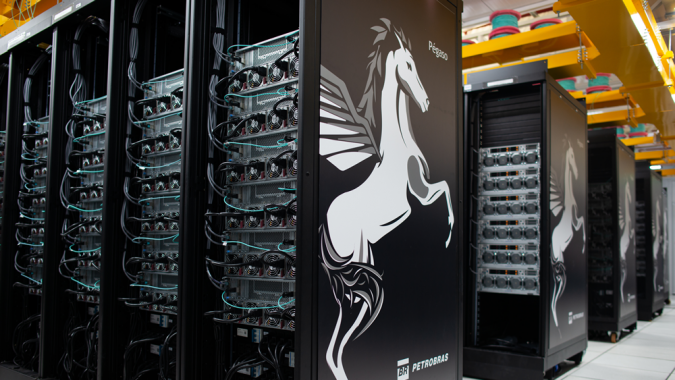 BrazilHPC NewsLatamPegaso
Brazilian petroleum company Petrobras (Petroleo Brasileiro) has announced the upcoming inauguration of its new Rio de Janeiro-based supercomputer, Pégaso.
With 21 petaflops of power, 678TB of RAM memory, 2,016 GPUs, and a 400GB/s Internet link, Pégaso will be the most powerful supercomputer in Latin America.
“Brazil is the 11th country in the world in a number of supercomputers, three of which belong to Petrobras, which shows that it has a high technological level. We are very well placed and, with Pégaso, we will be among the top 10”, said Alvaro Coutinho, Director of the High Performance Computing Center in COPPE and one of the Brazilian’s partners of the EU-LATAM collaborative project RISC2.
Read the news here: Portuguese or English.
Return
BrazilHPC NewsLatamPegaso