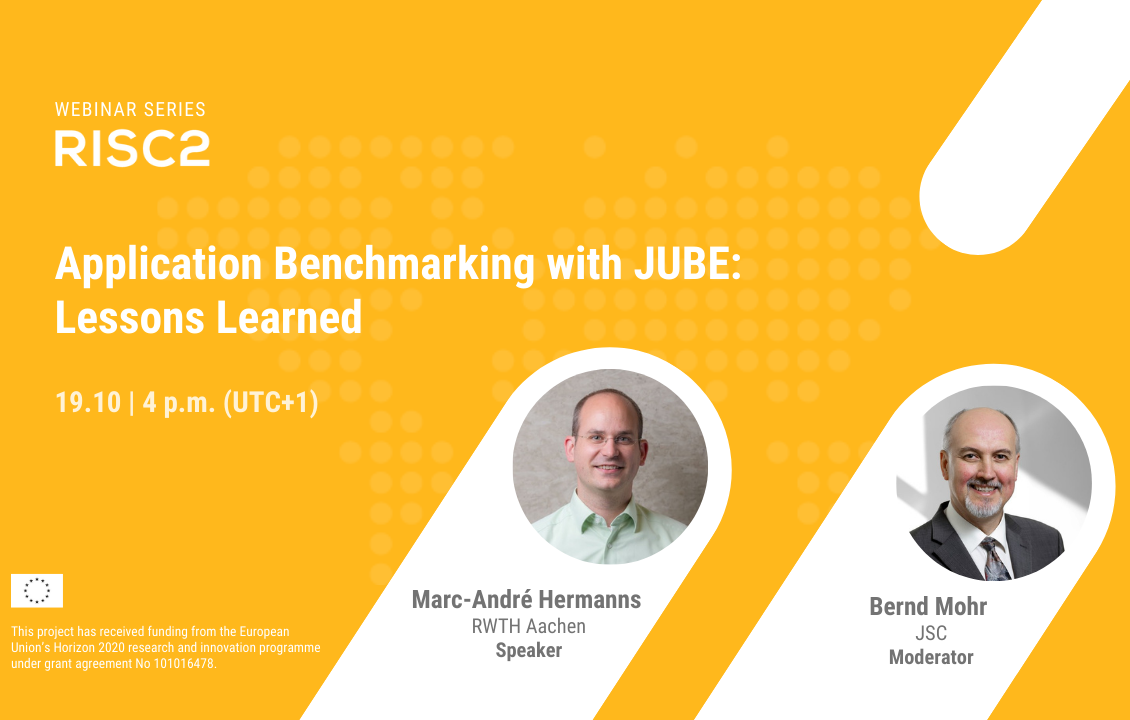 This talk provides some lessons learned in building a JUBE-based benchmark Suite for the RWTH Aachen University Job-Mix that reduces redundancy of information and allows for easy integration of future applications. It will specifically address advanced features for parameter settings, parameter inheritance, and some tips and tricks to overcome some of its limitations.

About the speaker: Marc-André Hermanns is a member of the HPC group at the IT Center of RWTH Aachen University. His research focuses on tools and interfaces for the performance analysis of parallel applications. He has been involved in the design and implementation of various courses on topics of parallel programming for high-performance computing. Next to supporting HPC users as part of the competence network for high-performance computing in North-Rhinewestphalia (HPC.NRW), he also contributes to the development of online tutorials and courses within the competence network. He is a long time user and advocator for JUBE and created configurations for various applications and benchmarks, both for classical system benchmarking, as well as integration of performance analysis tools in such workflows.

About the moderator: Bernd Mohr started to design and develop tools for performance analysis of parallel programs already with his diploma thesis (1987) at the University of Erlangen in Germany, and continued this in his Ph.D. work (1987 to 1992).  During a three year postdoc position at the University of Oregon, he designed and implemented the original TAU performance analysis framework. Since 1996 he has been a senior scientist at Forschungszentrum Juelich. Since 2000, he has been the team leader of the group ”Programming Environments and Performance Analysis”. Besides being responsible for user support and training in regard to performance tools at the Juelich Supercomputing Centre (JSC), he is leading the Scalasca performance tools efforts in collaboration with Prof.  Felix Wolf of TU Darmstadt. Since 2007, he has also served as deputy head for the JSC division ”Application support”. He was an active member in the International Exascale Software Project (IESP/BDEC) and work package leader in the European (EESI2) and Juelich (EIC, ECL) Exascale efforts.  For the SC and ISC Conference series, he served on the Steering Committee.  He is the author of several dozen conference and journal articles about performance analysis and tuning of parallel programs.